Posted on May 31, 2010 | Comments Off on Asus Is What A Failing Company Looks Like

I had to pop onto the Net to see what the developments from Computex have been thus far.

Asus should have bought Palm. Because what they’ve been showing at Computex is just full of FAIL.

Asus has designed everything to look like it came from Apple. That’s the first sign a company has run out of ideas.

The second is trying to make Windows 7 into a tablet. It just can’t be done. No matter what lipstick is slapped on that pig, once you exit the customized lipstick, you hit an app that is not designed at all for touch.

And as it is, not enough of Windows 7 has been lipsticked over. Asus and Microsoft really expect people to be able to successfully fingertip tap on icons at the top and bottom of screens when those icons are about one-eighth of an inch tall?

And then there’s that MP3 player. It looks like the designer — so-called — watched Minority Report too many times. While on LSD. And no one ever noticed and just went ahead and allowed that design through.

Third, Asus is really, seriously thinking of releasing a monochrome device — with a camera in it!! — in 2010? It’s like they’ve not only decided to rip off current Apple, they went back and dredged up the Newton — except they crapped all over it! Here’s the view from jkkmobile:

September release? I say that thing will never, ever go on sale.

It doesn’t matter who releases a Windows 7-based tablet. It will be utter garbage. Hewlett Packard understood that — which is why they went and bought Palm.

Let’s hope there are some companies doing something interesting with Android. Asus would have done better with that instead of Windows 7.

Comments Off on Asus Is What A Failing Company Looks Like

Posted in iPad Versus

Got stuff to do on my end and I don’t want to be distracted by the Internet. Well, not much. Will pop in just to quickly sweep news and then back to the grind.

So, no posts are scheduled here until at least Tuesday.

Have a good holiday weekend, my fellow Americans. Don’t eat too many of those damned hot dogs.

And to every service veteran — past, present and future — a big Thank You.

Posted on May 28, 2010 | Comments Off on Cheap iPad Sleeve For New Yorkers 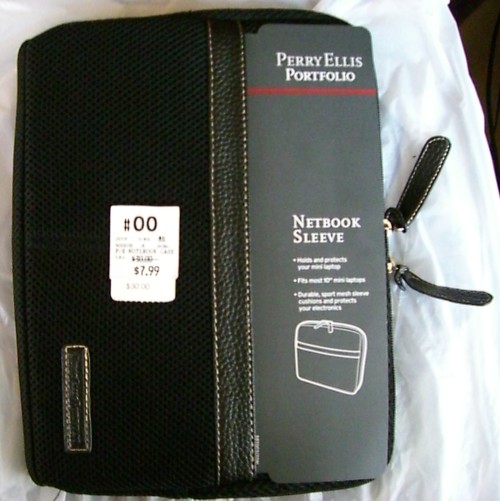 It’s a sleeve, not a full-open case. And it’s simply padded, no reinforcement for a delicate screen. And it’s probably larger than an iPad sleeve. Still, I’m easy to please.

Comments Off on Cheap iPad Sleeve For New Yorkers

This has been Shit Week.

Shit Week is expected to continue until at least Tuesday of next week.

This Links post is ginormous and is behind the break. I did not get to do a sweep of the Net because, as I stated, this is Shit Week. I will probably not get to sweep the Net until the end of Shit Week.

END_OF_DOCUMENT_TOKEN_TO_BE_REPLACED

When Will Comic Publishers Learn?

And who can afford it anymore, either? How do I justify $3.99 on a comic? I can’t, at least not in the numbers necessary to justify the trip or to follow the stories going on at Marvel and/or DC. For example, it cost $12 just to buy the three Bendis-penned issues at the end of “Siege.” […]

I’m solidly a wait-for-the-trade or wait-for-a-review-copy kind of guy now. With Amazon’s discounts, trades and hardcovers are affordable. Plus, my lifestyle currently doesn’t give me as much time to read comics as it did just five years ago. So I don’t need a stack of a dozen or more comics a week anymore. Those three or four hardcovers next to my computer will keep me busy for a while, thanks.

You want me to drive to the local comics shop to pay $4 for a comic…why?

There’s a big fat bag of money out there waiting for them to scoop up from people like me who stopped reading comics and would not only like to read some of the new ones but also get e-reprints of some of the ones we used to own.

Comic books used to sell in the millions. The sales figures today aren’t really even worth mentioning when compared to over a million iPads out there (probably near three million by the time Jobs does his WWDC keynote).

DRM Can Always Be Defeated

So, British Petroleum — aka BP — which has dumped jillions of gallons of raw oil into the Gulf of Mexico has a live cam.

It has DRM on it!

On a Windows XP system, this means any screensnap taken and pasted into MS Paint saves as a blank, black screen — high irony in this case, no?

But DRM can be gotten around.

END_OF_DOCUMENT_TOKEN_TO_BE_REPLACED

Comments Off on DRM Can Always Be Defeated

Pop over to the Archos site and select Support and then from the drop-down menu choose Documentation.

Then at the drop-down menu there, select Archos 7 Home Tablet for a PDF of the User Guide.

I’d post a direct link, but Archos seems to like people to select a country and go in that way. Bah.

Posted in iPad Versus

Tumble Me This, Batman

Why is explained over there.

It doesn’t work with Firefox 2.x (which I am stuck using). WordPress does.

But the Reblogging feature is great! The entire frikkin Internet should have that.

I’ll have to add it to the test suite, once the kitten thing is over.

Comments Off on Tumble Me This, Batman

Many sites will not come up for me today. And when they do, they look like crap: 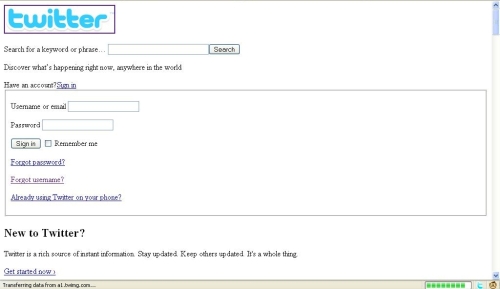 It took forever just to post this. And all of the sites I’d turn to in order to get news of Internet issues won’t come up.

Comments Off on Internet Problems

Adobe Reader For Android: But Likely Not For YOU!

Posted on May 24, 2010 | Comments Off on Adobe Reader For Android: But Likely Not For YOU!

This would be a great development except the System Requirements immediately bring the Not Happy:

Well, I tweeted this news and asked someone with an Archos 5 Internet Tablet to try it. Pal jkk obliged and here is what he got:

So, that’s one less device to be tested.

Also, this won’t run on the upcoming Archos 7 Home Tablet, either. That’s also Android 1.x-based and has a slower and less-powerful CPU than the A5IT.

I’d really like to know how Adobe’s software would handle a PDF from Google Books. Do they dare do a video demonstration of that, as they like to for Flash?

Comments Off on Adobe Reader For Android: But Likely Not For YOU!