HP continues to march forward on its Master Plan to be Apple, Mark II. If they can tie all of the back-end stuff seamlessly and neatly to webOS, they will kick some serious ass later this year with their tablet. They have eBooks, photos, music — and now video too.

HP Wants To Become Apple. WebOS Is The Key

Oh, don’t bother to read it. The Me-Too Media love to use lots of words to get to the frikkin point. And by then you’re bored out of your skull.

Comments Off on Me-Too Media: TechCrunch And webOS

The iPad And iPhone Are Love

In the iPhone 4 FaceTime commercial, that’s exactly what Apple is playing up. As we’re all well aware, video chat, even on phones, is nothing new. Sure, Apple has simplified it, but they’re not really showcasing that here. Instead they’re going right for the heart strings. They’re doing something rather incredible. They’re conveying how you’ll feel if you use the product, by making you feel alongside those in the commercial.

So something else is happening here. I think people connect with a MacBook — with Apple products in general — in a way they don’t, even can’t, connect with Windows notebooks or other non-Apple devices. I think that connection is emotional. And it’s not emotional in the way the Apple bashers believe it is: “Oh, look at him with his MacBook. He just thinks he’s so cool. If he wasn’t so concerned with appearing cool, he’d have a less-expensive Windows notebook. All really smart people do.” It’s not about the emotions of the user. It’s about the emotional content of the device itself.

Further, I think if Apple does indeed release a subnotebook, and offers it at a price that isn’t too much of a premium price (as everyone expects from an Apple product), Apple has the opportunity to create what Microsoft failed to do with UMPC: the idea that a computer is something that should be carried everywhere.

Comments Off on The iPad And iPhone Are Love

Steve Jobs: Ordering Us To The Future

And now Cringely is Me-Too Media …

Forget all the BS spewing right now from the Apple camp. What’s really at the basis of this fight is the future of electronic books.

December 12th, 2009: The Ugliest Fight Ever: Apple Versus Google

The dividing line between Apple and Google will come down to books.

END_OF_DOCUMENT_TOKEN_TO_BE_REPLACED

iAd: Worse Than I Said It Would Be

Having been ripped off again by a member of the Me-Too Media today (by someone so low I won’t even link to him), I had to come to my own blog to show someone else why I have a “Me-Too Media” Category.

And that caused me to remember what I wrote earlier that everyone disbelieved at the time:

Everyone seems to have forgotten Apple’s acquisition of a mobile ad purveyor. You think that won’t be used? The ad display framework will be built into future versions of Safari.

Emphasis (as italics) in the original.

I thought it would be only within Safari.

Apple went and put in inside the entire damned operating system itself.

Where are all those people who were so smug in the Comments here?

That’s why no one reads you.

Yesterday here: How They Will Make You HATE The iPad 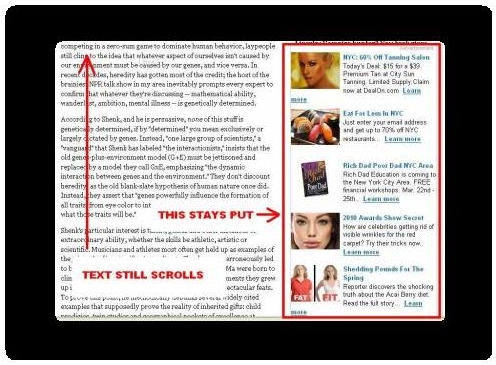 What do the doubters in yesterday’s Comments have to say now?

Everyone seems to have forgotten Apple’s acquisition of a mobile ad purveyor. You think that won’t be used? The ad display framework will be built into future versions of Safari.

And then Apple will also be an ad agency.

The eBook Test
January 30, 2010: ePub eBooks From Apple Will Use FairPlay DRM