Posted on July 21, 2010 | Comments Off on Android’s Meaningless Marketshare

I just read a post gloating about the iPhone losing market share: iPhone Second Quarter 2010 in Bloodbath: Market Share is Declining where All Big Rivals picking up.

Each of these is very different from one another and the bottom end — 1.5 — is virtually worthless!

So what does “Android” really mean?

And this is how “Android” has been gaining its marketshare: 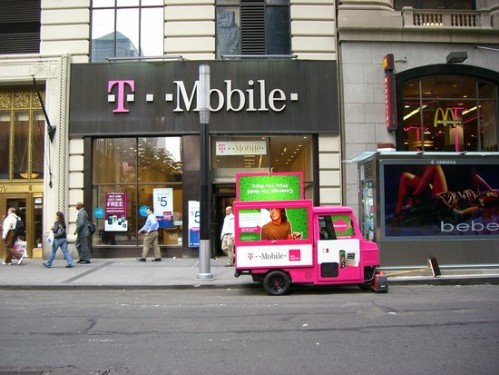 Close-up of the poster on the left: 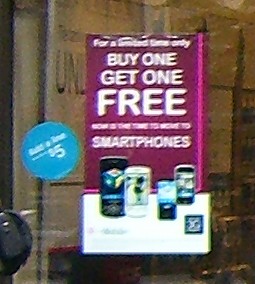 You don’t see BOGO for iPhones! And you don’t see iPhones given away for free or “sold” for a penny, as I’ve seen at carriers for “Android.”

“Android” can grow all it wants. That doesn’t say anything about how satisfied people are with “Android” or whether they went for “Android” because their carrier doesn’t have iPhone.

“Android” is like the Commodore-64 was: What people buy when they can’t get/afford an Apple product. Back then it was the Apple II. Today, it’s the iPhone.

Comments Off on Android’s Meaningless Marketshare

Verizon To Sell iPhone It Dissed In 2007

Verizon February 2007: A Jackass Quote For All Of History

Verizon Communications president and chief operating officer Denny Strigl said: “The iPhone product is something we are happy we aren’t the first to market with.”

Really, Apple, why not give it to Sprint before Verizon? Sprint has this great $99/month Unlimited Plan! Verizon? 5GB/month data cap! And Sprint never dissed the iPhone (as Telstra also did!).

Comments Off on Verizon To Sell iPhone It Dissed In 2007