Posted on June 8, 2010 | Comments Off on Print Publishers: Die Starving In A Cardboard Box!

Yesterday morning, the pair of Stanford University graduate students who made the hot news-reading iPad app, Pulse News Reader, were ecstatic to be mentioned first–as one of the most promising developers for the new tablet device–in his keynote speech by Apple CEO Steve Jobs at the Worldwide Developers Conference in San Francisco.

Boldfaced emphasis added by me.

Dig it. An app that calls attention to dying newspapers and makes them easy to read — and therefore opens up the possibility of revitalizing them! — has a pillow placed over its head while it’s still in the crib!

What is wrong with this picture?

Is there not a group for newspaper publishers? There is! And look at its logo:

Wait. What’s that? Let me highlight it:

If that’s the case, then what the hell is a member of that organization doing fighting the future?

In a world that made sense, someone in the newspaper industry would have seen the hoopla over the Pulse Reader and thought, “You know, all of us should get together and cut a deal with those guys!”

Isn’t that what the hell the NAA is supposed to be thinking?

Today, NAA serves the newspaper industry in strategic efforts to:

Serve as a catalyst for industry growth

Communicate the vitality of newspaper media to external constituencies including the advertising community, Wall Street and the news media.

Wow, maybe not. All I see in that list is talk talk talk — that’s what the fancy word “advocate” is a mask for.

Well, hello! What the hell is Pulse Reader? Or doesn’t it count, because it’s outside the “industry”? Here’s a clue: Most innovation is now outside of your industry. Catch up!

Item Two: The characters who are going to an early grave

Deadfolk rightly received a handful of very good reviews and sold a respectable number of copies. It was followed by Fags and Lager and King of the Road – both of which also received equally favourable reviews, but sold in smaller quantities.

Until recently, that would have been a fairly typical career path for a mid-list author. Williams would have been able to keep on writing while readers caught up with the series, and hopefully one day, probably several books down the line, he would have had the breakthrough he deserves.

Today things are different. Shortly after he wrote it (and his editor said he liked it) Williams’s publisher told him they won’t be putting out the fourth Royston Blake novel, Wrongun. He’s been reduced to trying to change their mind with a Facebook group and blog – hence the typically gloriously sweary quote above.

Another example of publishing’s suicidal tendencies.

“It’s not anybody’s fault,” she told me. “Not all books can become bestsellers. You have to be able go out there to persuade booksellers that this is the one. And because sales figures are so well kept by bookscan now, you can’t really be ‘creative’ in the way that people used to be.”

In other words, it’s no longer possible to avoid the bottom line. Shops won’t stock books when the computer says no.

That the publisher in question here is Serpent’s Tail makes it all the more shocking. This is a publisher that’s supposed to have some damned grit. Their business was built on seeking out the unusual and helping it to grow into its potential.

But look at what they are focused on: the bookstores!

Here’s a clue for you. This is the future of bookstores: 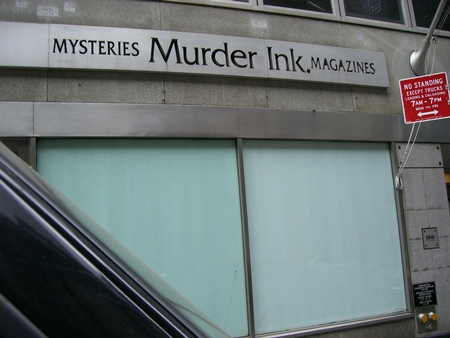 If you’re basing your business on that, close up shop right now, today, this very minute, do not even keep reading this damned post because you are on the way out and every moment you keep reading here is one moment you are robbing from your future time standing on the unemployment line — if you can qualify for it!

Even major bookseller Barnes & Noble has seen the future: 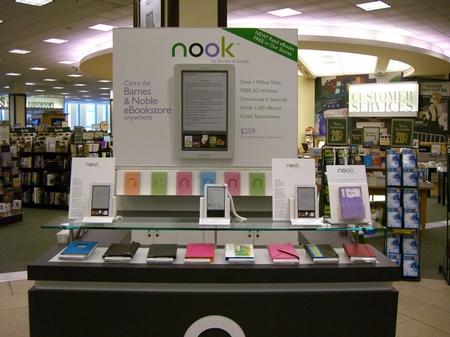 Serpent’s Tail also antagonizes me because one of the Pan Macmillanists made a big announcement at their blog several months ago:

You may or may not have seen, but alas, I am leaving Pan Macmillan. In the New Year I will be taking up a position as Digital Publishing Manager at Profile Books and Serpents Tail.

And I Commented at that time:

Listen you. Your first order of business in your new job: eBooks of ALL OF DEREK RAYMOND!

Derek Raymond is exactly the kind of writer Serpent’s Tail was created to publish.

Yet what has happened in the months since I wrote that Comment?

Oh, you guessed! NOTHING has happened!

Except this announcement that they’re now starting to shed writers!

Of all print publishers out there, it’s one such as Serpent’s Tail that should be jumping into the seat of the Internet and driving it to a new future. The Internet is not Mainstream 101. It is Niche 101. It is Specialty 101.

If you are a specialty and a niche publisher, you should know how the bloody hell to take advantage of this core aspect of the Internet! If not, what the hell is wrong with you?

So, newspapers and books — two industries that should both know how to take advantage of the greatest reading promotion system in the entire history of mankind, both failing.

And it’s their own damned fault.

So, yes: Die starving in a cardboard box. 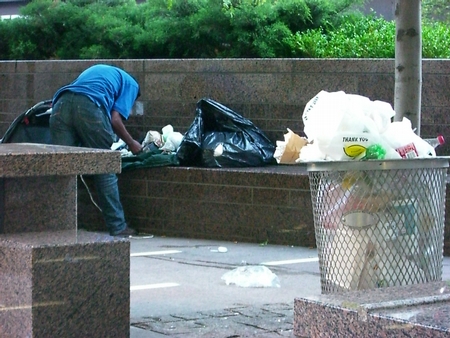 Because that’s the future you’re trying to create for every writer who has been depending on you!