Why We Love Steve Jobs

Yeah, I’ve griped a lot this weekend. Steve is a big boy. He can take it.

It’s worth quoting what he said last week. 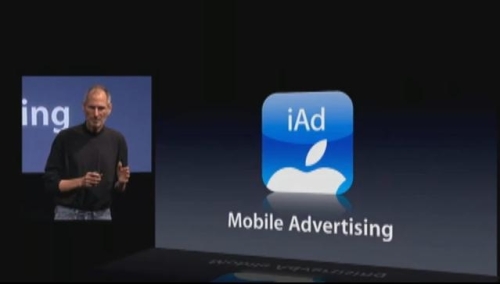 And, for lack of a more elegant way to say it, we think most of this mobile advertising really sucks.

Emphasis added by me.

“Really sucks.” Go on. Show me another leader of a fifty-billion dollar a year corporation who would dare say something like that.

And that is why we love Steve Jobs.

Comments Off on Why We Love Steve Jobs

I wasn’t supposed to do any posts this weekend. But I did. Then I wound up doing seven frikkin posts today, before remembering I still had this kind of post to do.

Tomorrow might be a very short day and also lack a Links post. You have been warned.

And this one is shorter than it could be due to not getting around the Net today as much as I usually do.

MUST-READ: Opinion: The story BCG offered me $16,000 not to tell
The Magnetar Trade: How One Hedge Fund Helped Keep the Bubble Going
Want On iPad! ‘Kick-Ass’ subverts the comic-book superhero genre with humor and gore

Right now, if you use no third party APIs to analyse usage of your application, you effectively know nothing. You get your download numbers from Apple, and that’s it.

iPad:
Scribd on iPhone/iPad
Why I won’t be buying an iPad, and why it doesn’t matter as much as you think it does.
iPad + iPhone’s Clock app
The perfect iPad stand – you probably have one already.

iPad eBook Deconstruction:
iBooks on the iPad, a first glance
Wrapping Text in an ePub for the iPad
Anatomy of an iBooks page

Writers/Writing:
Pynchon and the Badass Luddites

See For Yourself = Win

Oh, I was really going to rip into the tablet magazine prototypes that were shown by Sports Illustrated, Wired, and Popular Science.

But I never had time.

I’m glad I never used up that time because now that these magazines have been released, people are ripping them to shreds in many of the same ways I would have.

Now you can go yell at them instead of me.

One post I’d especially like to highlight is by Rex Hammock. People like Rex because he’s so goddammed cheerful. But he’s no fool. I just love his review of the Popular Science one and must highlight this excerpt:

I think it’s a good thing they placed a $5 price-tag on the “concept app,” as the price will keep a lot of people from downloading it and using it and thinking this is what an app from a magazine company is like.

Now, if months ago I had come out and stated what absolute crap most of those prototypes looked like and how absolutely breathtakingly brainless they seemed, people would have jumped all over me.

Now all of you can go stab Rex and the others.

Thanks for being my Kevlar here, Rex!

And yeah, I would have told you so back then. But, hey, they like all that money you gave them, suckers! So, as far as I’m concerned, this is all Win.

For those of you who want to do better, start here: Web Designers: Wake Up And Smell The Touchscreen Coffee!

And if the current tools for doing that are inadequate, go yell at Apple.

A Commenter brought up something very interesting.

First, let’s review Section 3.3.1., which got everyone in an uproar:

I understand this position, but the shockwave it can start with iPad development can be tooooooo big. imagine Time and other magazines having to code their Apps form the scratch instead of using something like WoodWing plugin for InDesign.

I believe it can be a good position for closed applications, but for magazines? It can be a dangerous road…

And from the WoodWing press release:

“Using newly-developed InDesign plugins, the layouts for any digital magazine can be enriched with interactive multimedia elements like video, slideshows, and dynamic content,” said Erik Schut, President of WoodWing Software.

Does any of that encroach on Apple’s new edict? 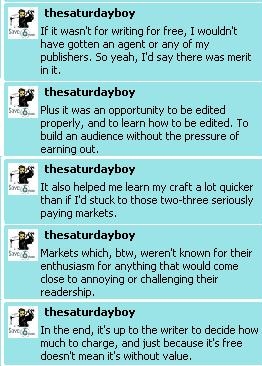 Previously at The eBook Test:

Derek Raymond: Read ALL Of His Work

… crap, I have done too many blogs!

Comments Off on Writer Ray Banks

We Pause For A UX Note 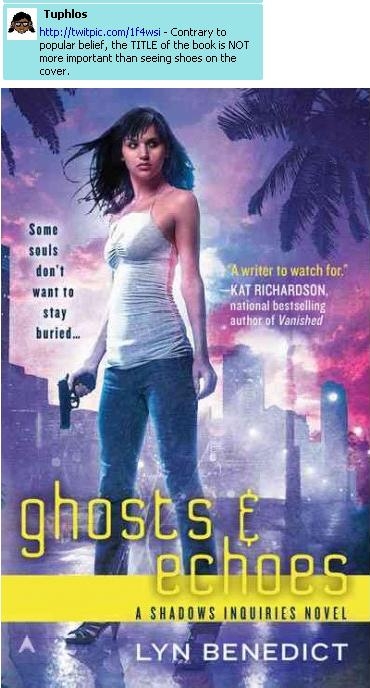 Windows On iPad: Photos Of Horror 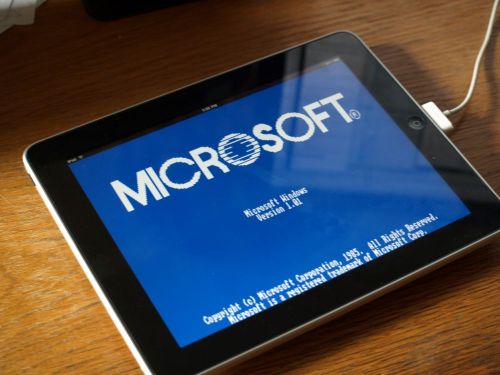 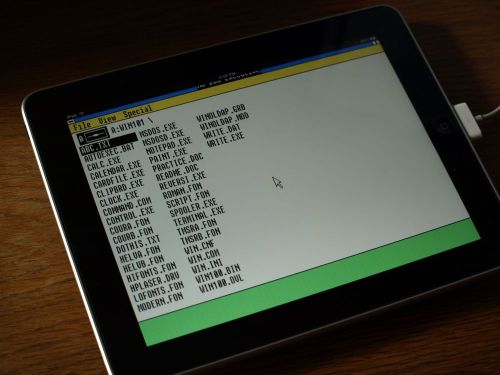 Those are not screensnaps. See first, see second.

Those are from Steven Troughton-Smith, a developer.

Before this, he added the iPhone’s Clock app to the iPad.

He will probably blog this too.

Update: I should clarify. This is not showing Windows being displayed via one of those screen sharing programs. This is Windows put into the iPad. 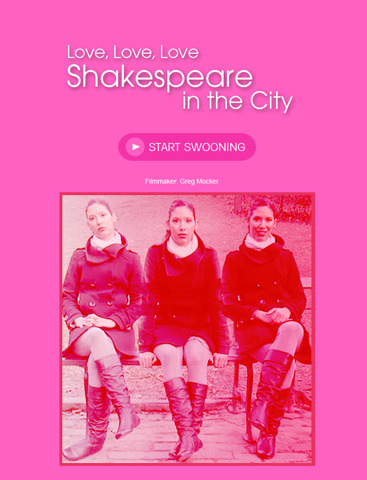 That’s a link to Vook’s site. The iTunes link for the freebie is there.

This is your chance to see a Vook digital book for free. Take it!

eBooks: This Should Never Happen 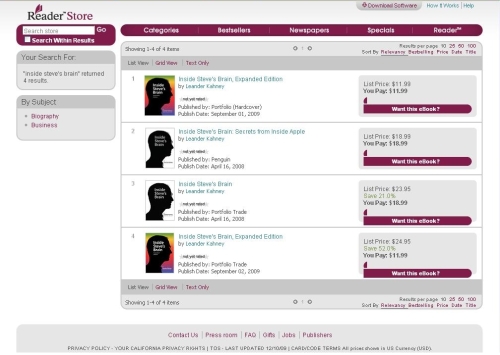